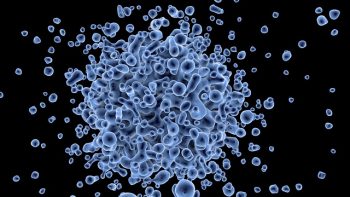 Almost half of Americans have never heard of sepsis, and many people who have heard of the condition think it’s rare. The reality is much different. Sepsis causes at least 250,000 deaths in the U.S. each year, according the Centers for Disease Control and Prevention. This makes it the third leading cause of death after heart disease and cancer.

Sepsis – sometimes incorrectly referred to as blood poisoning – happens when the body’s immune system is fighting an infection and, for reasons researchers don’t understand, it goes into overdrive and turns on itself. “Sepsis needs to be treated quickly,” said Diana Hornung, family practice physician and medical director at Northwest Colorado Health. “If it’s not treated, it can become severe, causing tissue damage, organ failure or death.” Hornung notes that while sepsis can come from an infection in any part of the body, it’s most often linked to infections in the lungs (pneumonia), kidneys (urinary tract infection), skin and bowel.

Initial signs of the condition can be subtle, sometimes mimicking flu or a virus. A person with sepsis may have fever or chills, be confused, sleepy or difficult to rouse or feel extreme pain or discomfort. As sepsis becomes more severe, the body’s organs begin to fail, causing confusion or light-headedness, breathing difficulties, cool clammy skin or red flushed skin, different types of rashes or low urination levels. Severe sepsis turns to septic shock when a person’s blood pressure drops dangerously low. Individuals who are experiencing a combination of any of the above symptoms and have an infection or suspect they have an infection need immediate medical attention.

While anyone can get sepsis, Hornung said it is more likely to happen in people who have weaker immune systems, including individuals who have underlying health conditions, older adults and people who are staying in the hospital, have had recent surgery or have thin tubes such as catheters or IVs in their bodies. Young children also can be more susceptible to sepsis. Symptoms in children can include skin that is abnormally cold to the touch, bluish or very pale, fast or rapid breathing, seizures, lethargy and difficulty waking up.

There are more than 1.6 million cases of sepsis each year in the U.S., according to a 2011 study by the Healthcare Cost and Utilization Project (H-CUP), which also ranks sepsis as the most expensive condition to treat in hospitals. Many survivors face long-term physical and/or psychological effects such as amputations, chronic pain and fatigue, anxiety and decreased cognitive functioning. Avoiding infections and treating infections are the best ways to prevent sepsis. Cuts, scrapes and breaks in the skin can allow infection-causing bacteria into the body. Make sure to keep wounds clean.

If you are taking antibiotics for a bacterial infection, follow instructions and take the full course of medication. Don’t take antibiotics or someone else’s antibiotics needlessly. Making sure you and your family are up-to-date on immunizations, including annual flu shots, is an important line of defense against viral infections. Wash your hands frequently and make it a habit for your children. Immunization schedules and resources are located HERE.

This article includes information from the Sepsis Alliance.