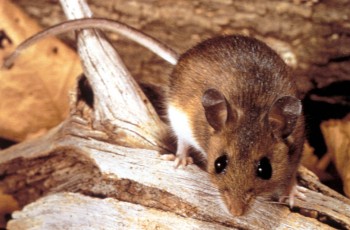 Hantavirus. Tularemia. Plague. Though rare, there have been more cases of these life-threatening diseases than usual in Colorado. All three involve exposure to animals such as rodents and rabbits. Recent cases have not been reported in Routt or Moffat counties, but some have occurred in nearby areas.

“Although we have not recently seen these diseases in Northwest Colorado, that does not mean they are not present.” said Charity Neal, director of public health at the Northwest Colorado Visiting Nurse Association. “Conditions may exist in which humans and/or pets can be exposed to these bacteria or viruses.”

Hantavirus is primarily carried by deer mice and shed through their urine, droppings and saliva. People become infected when they breathe air contaminated by the virus. There were six confirmed cases of hantavirus in Colorado in 2014, according to the Colorado Department of Public Health and Environment. There have been five cases so far this year; four were fatal.

Tularemia or “rabbit fever” usually infects rabbits, hares and rodents, such as mice, voles and beaver. People can get the disease if they handle infected animals or are bitten by ticks or deer flies carrying the disease. Exposure can also happen by touching contaminated soil, drinking contaminated water or inhaling the bacteria. There were 16 human cases of tularemia in Colorado in 2014 – the most cases since 1983 – and 15 cases so far this year.

Plague is mainly spread to people through flea bites and direct contact with infected animals, often rodents. Dogs and cats can also get the plague from infected fleas and carry the fleas into the home. Colorado reported eight human cases of plague in 2014, the highest number since reporting began in 1974. There have been two cases this year; one has been fatal. The bacteria has also been found in a cat, mule deer, prairie dogs and fleas.

Hantavirus, tularemia and plague can be treated if they are caught early. Seek immediate medical care if you have sudden onset of illness with symptoms such as fever, chills, muscle aches, severe headache, fatigue and shortness of breath, and have been exposed to rodent areas or sick or dead rodents or other wild animals. The time between exposure and onset of symptoms is typically two to six days for plague, one to two weeks for tularemia and one to five weeks for hantavirus. Take the following precautions to avoid these diseases:

For more information about these diseases in Colorado, go to www.colorado.gov/pacific/cdphe/diseases-a-to-z.